You are here: Home Boards & Awards

I’m humbled, happy and grateful when someone sees value in my work. Recognition indicates the potential of inviting engaged patients into the conversation. 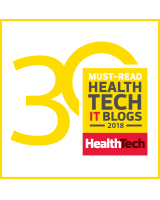 August 2019: Lincoln Health Network 10 Pharma Influencers you Should be Following on Twitter September 2015: Health Data Management’s 16 Experts on Twitter Who Are Leading the Discussion on Health IT From PCWorld: “Your Klout score is based on three major ranking factors.

“… they participate in the international, empowering conversation that Twitter provides to hundreds of millions. … What’s different about these men and women? … they push beyond the boundaries of creativity, and use social media to impact and enrich the lives and ambitions of their followers.”

And from my previous life, in web marketing and analytics: November 2008: Salesforce.com “Appy Award” for marketing excellence