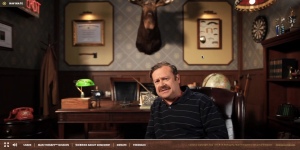 Update, December 7: I’m at a meeting talking about community mental health in Colorado, and it turns out this program didn’t work out as being effective.

I recently attended the first White House Dialog on Men’s Health, at the Eisenhower Executive Office Building. The day got a little out of control – speakers in the first session ran way long, nobody reined them in, so the middle hour (where I was going to co-lead a breakout) got cancelled. Oh well. But for me the whole trip was worth it just to discover this: “Dr. Rich Mahogany,” a fictional therapist who makes clear that getting therapy is not just for woosses, it’s for real men, too: his site is Man Therapy, including a manly, interactive 18 Point Head Inspection.

It’s all real – the information is serious – but it’s couched in terms to be humorous, entertaining and engaging, as in “Stick around – there’s something useful here. Have a seat.” Here’s the About video, from their YouTube channel:

I love it – not just because it’s a hoot and very well done, but because it was developed in response to listening to patients … men told them “Look, could you dial it back a bit, and not get so heavy into all the mental talk?” Men said that to them, such issues were challenges and stresses, not a matter of mental health. Besides – as one speaker said, about men’s health engagement in general: “Boys with a skinned knee are socialized ‘brave boys don’t cry.’ Is it any surprise that at 50 they say ‘My heart pain’s not that bad.’?” 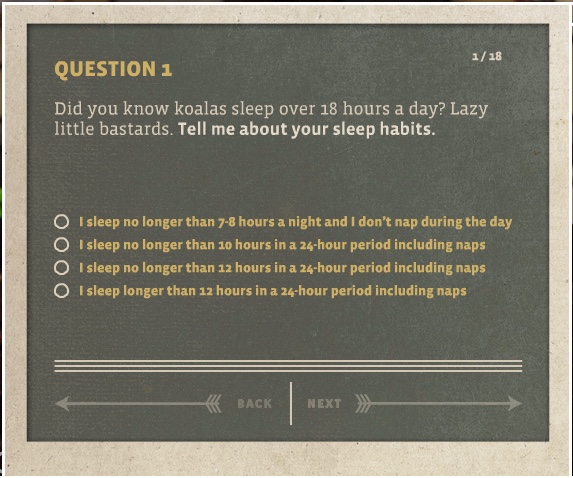 Having used psychological and psychiatric therapy myself at different times in life, I have no problem with using those words. The stuff works miracles when it’s done well.  But as I often say in speeches, if we want care to be patient-centered, we can’t tell patients “I don’t like how you’re thinking – don’t be like that – think my way.” Not only is that profoundly not patient-centered; it drives people away from care (and not just on mental health issues).

So, for instance, I love how (at right) they start the (real, but entertaining) 18 Point Head Inspection.:-)

Share it for the fun of it, for the excellence of this work, and yeah, for the guy who may occasionally see it and think “Maybe I want some o’ this.”

From the “Man Therapy Mission” pop-up, at bottom of ManTherapy.org:

Part of a multi-agency effort, including the Colorado Office of Suicide Prevention, Carson J Spencer Foundation and Cactus, Man Therapy™ is giving men a resource they desperately need. A resource to help them with any problem that life sends their way, something to set them straight on the realities of suicide and mental health, and in the end, a tool to help put a stop to the suicide deaths of so many of our men.

The site also has a section specifically for veterans and active military.

I’ll post more information about the rest of the White House Dialog on Men’s Health later, in comments on this post. Until then, here’s the YouTube of the whole event (one big long video). You can also search the day’s #Bro2BroHealth hashtag on social media.