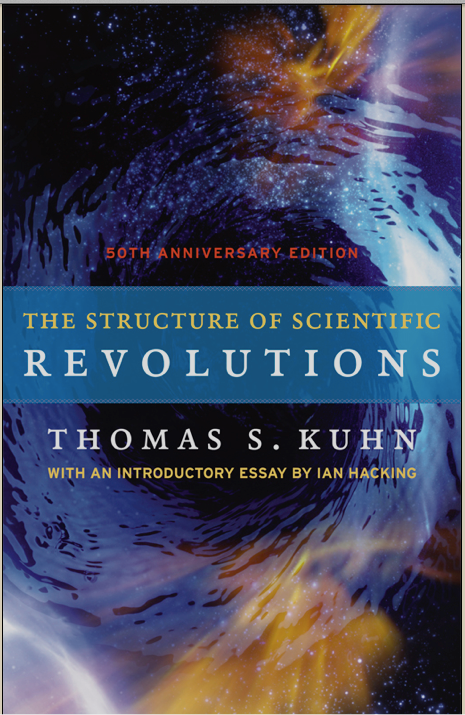 This is #2 in a new series “Proposing a new science of patient engagement,” using the landmark 1962 book The Structure of Scientific Revolutions by Thomas Kuhn as its framework. If you haven’t read the first entry, please do, including its dozens of comments, which have links to valuable ideas and resources.
_________

In an upcoming post I’ll lay out briefly why it seems this project is needed. I say “seems” intentionally; this must be a shared exploration. As I said in #1,

My goal is … to have science move forward methodically in its thinking. Maybe we need a new science – a new way of understanding what needs to be measured and optimized – or maybe we don’t. I just ask that we examine the evidence together.

This post will lay out, briefly, the stages Structure describes for the progression of science. I’m doing this first because that framework provides the context for my assertion that we have a problem – a scientific problem in the field of medicine – that may require formally (and rigorously) changing our conception of who is capable of what in the patient-clinician relationship.

As you’ll see, a shared conception of how things work is exactly what a paradigm involves.

Kuhn’s view of the progression of a science

From Ian Hacking’s widely praised introduction to the 50th anniversary edition of Structure:

Structure and revolution are rightly put up front in the book’s title. Kuhn thought not only that there are scientific revolutions but also that they have a structure. …

Going a bit deeper on some of Kuhn’s core concepts:

Discovery commences with the awareness of anomaly, i.e., with the recognition that nature has somehow violated the paradigm-induced expectations that govern normal science. …

It then continues with a more or less extended exploration of the area of anomaly.

And it closes only when the paradigm theory has been adjusted so that the anomalous has become the expected.

In an upcoming post I’ll spell out what problem (what “puzzle,” in his terms) our current paradigm seems to face … what anomalies seem to exist, that lead to our being unable to manage patient engagement successfully – or, I will assert, to even agree on what it is. That in turn will lead to the question, “What current belief, if any, is holding the field back?”
__________

Next in the series: #3: The role of unexplained observations