Longtime readers know that this has been a long hard road, creating a “market” for a patient voice to speak culture change at health conferences. This is an anniversary week worth noting, on several fronts … it’s the fifth birthday of not just my TED Talk, but two other events that bent my trajectory.

First, the TED Talk – I know you’ve seen it, but here it is anyway. Click it (to boost the view count:-)) or just skip ahead.

Strictly speaking the birthday was a week ago – April 4, 2011. I stepped on stage onto the “big red dot” that TED Talks are famous for, and faced an audience of 900 in a theater with two balconies. The place was historic: Maastricht, where the European Union had been formed 19 years earlier. Fifteen minutes before going on stage I’d handed in my revised slides (modified in the two hours after lunch); not to be outdone on the “last minute” thing, waiting back stage, host Lucien Engelen had just told me “You have to do” the e-Patient Rap, created by Keith Boone (@Motorcycle_Guy). (In the talk when I say “a little improv,” I meant it – it was not planned, not even rehearsed.)

Sixteen minutes later, the talk ended with the chant “Let Patients Help!” With a standing ovation happily in my tummy, I stepped off.

What happened next was not in the original plan. Ginny and I were going to have two days off to travel the 400 miles to Lucerne, Switzerland. Instead I got talked into flying to Israel and back in that same two days. It 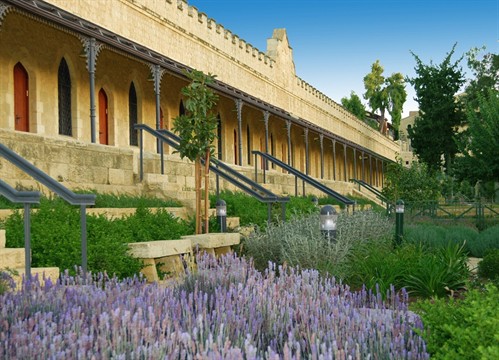 was truly brutal – by the way, you haven’t experienced airport security until you’ve done Tel Aviv – but a friend said it was essential to attend this meeting of the Israel Internet Society, at the fabled Mishkanot Sha’ananim conference center in Jerusalem.

I mention this event because it became the birthplace of one of an important cultural nuance that I’ve used over and over. For hours I listened to Israeli doctors and lawyers debating the ethics of using the internet in healthcare when its content is not wisely regulated, intermixed with evidence from ACOR, PatientsLikeMe, etc, in which patients clearly contributed valuable things that went beyond what’s in the literature.

The last thing between them and dinner, it turns out, was the patient voice. My best friend Dorron Levy, whose death I blogged two years later, had taught me a lot about the Israeli intellectual culture, and of course I have the greatest respect for the trained medical minds who saved my life. So, what to say?? Ad lib, I started:

I know it feels like the world you know is ending. It’s not – it’s changed forever, but it’s not ending. Any physician whose sense of self-worth depends on knowing everything is in big trouble – there’s too much for anyone to know it all. It’s no insult to a clinician if a less trained person brings in a paper you haven’t seen. But there’s still no substitute for the trained mind, with years of clinical experience, to put it all in perspective.

#3: Three days of events in Lucerne.

This became an annual tradition: IKF (German for “Institute for Communication and Leadership”) is a small consulting company in Lucerne that conducts an annual mid-career course in e-health for government and industry people – a series of Saturday seminars. I’ve given a three hour lecture each year.

Let me just say that Lucerne is a lovely place to be.

This year will be different: my Saturday, May 21, overlaps Regina Holliday’s “Cinderblocks 3” e-patient gathering in western Maryland, so we’re going to do “Cinderblocks Live” – a live-streamed four hour event, from Cinderblocks, with actual real live e-patients (!) coming to talk to the class, in addition to traditional lectures.

The IKF people, Andrea Belliger and David Krieger, are serious futurists who speak from personal experience. Consider their impact: they invited us before anyone had heard much about e-patients (before the TED Talk), and a year later, they said I have to write up my thoughts as a chapter for a new book they were creating – the first German-language book about e-patients. (Another part was contributed by the same Lucien Engelen who had just hosted that TEDx.)

And that work, drafting that text, in the following spring became the book: Let Patients Help. (It had to be … how many books already have a TED Talk of the same name??) That book is now in eight languages, most recently Chinese. Which just blows my mind.

So yes, that was one heck of a week. I’ll celebrate this anniversary with this toast, which fits all three events that week:

“Here’s to the crazy ones. The misfits. The rebels. The troublemakers. The round pegs in the square holes. The ones who see things differently. … they change things. They push the human race forward. And while some may see them as the crazy ones, we see genius. Because the people who are crazy enough to think they can change the world, are the ones who do.”

Bless you all, who’ve seen the new world and are headed there. (And this was five years ago!)