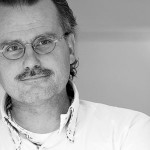 Regular readers know that a large part of my becoming a global advocate has been the vision and influence of Lucien Engelen at Radboud University Medical Center (RUMC) in the town of Nijmegen, on The Netherlands’ eastern border. Way back in 2010 he announced that his upcoming  TEDx would be primarily about patients; the TED Talk I did there put my speaking career into a catapult; then he put his own money where his mouth is by launching the 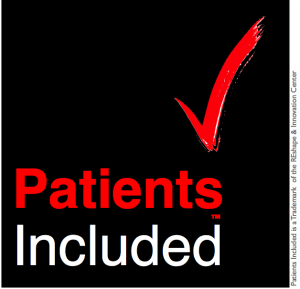 #PatientsIncluded initiative, saying he would not attend any event where patients weren’t actively encouraged to participate; and he has continued to lead in thoughts and actions, every year since (including 3D-printing my lung metastases last year, below). Lucien is the standard, the exemplar of the “pay me with action” clause of my price policy. 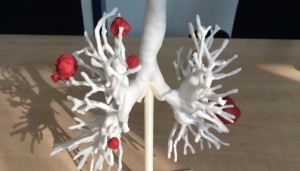 For that reason, when he asked me this summer to participate in something even newer – something brand new – I immediately said yes. What was it? A three day event, “Inaugural Grand Rounds,” launching a completely redesigned curriculum at RUMC – redesigned with patients participating in the process. Yes, patients – people with no medical experience – except as “the ultimate stakeholders”; as patients, helping guide how we teach students.

I wanted to talk for two hours (so much to say to medical students about the work they’re taking on!), but they only gave me 25 minutes. An early slide gave the result: “Agenda: entertainment, a history lesson, and some work for your science brain.” The entertainment was the #1 hit “Uptown Funk” (with dance!) and some clips from Woodstock; the history lesson was about “Doc Tom,” the visionary founder of the e-patient movement; and the work for the science brain was, “How would you go about designing a reliable apparatus for a pot smoking experiment?” (As you may recall from November, last year I revealed

Let’s just say that these 18-24-year-olds weren’t expecting this 65-year-old to come on stage, dance to Bruno Mars, and talk about pot research.

Speaker Academy notes: A particular challenge for all speakers at this event was that the whole thing was outdoors, under a giant tent, in uncharacteristically hot August weather, with not the greatest acoustics. Happily, I’d decided well in advance that this talk needed to be different. So I enlisted the help of network-TV video wizard “Mighty Casey” Quinlan, some video clips from Woodstock and Bruno Mars (and Alex Boyé), and Lucien loaned me his white fedora.  (Which I kept.) A professional speaker does not get to blame the circumstances – a pro takes responsibility.

Happily, Lucien had arranged to give every student a copy of the Dutch translation of Let Patients Help!, which turned out to be useful as handheld fans.:-)

As always with Lucien this was right on target, hard hard work, and worth every bit of it. Here’s to the people who see the future, and can be engaging and entertaining about it. (The organizers wrote later and said that in the student poll about the event, this talk was “BY FAR their favourite.” :-))