Episode 5 is live! “Why We Revolt” – the patient’s side of the call for better care, with Victor Montori

Special request: What would you like to hear about, on my podcast?

I start this episode by asking for your feedback. Most important, one friend wrote saying he’s not looking for lecture-length radio shows – he wants quick tips, answers to questions. How about you? Are you loving it? Telling friends about it? If not, I’m missing my mark – let me know via the Contact page!

And now, about this episode – END_OF_DOCUMENT_TOKEN_TO_BE_REPLACED

Let us start by reviewing our anthem: “Gimme My DaM Data – it’s all about me so it’s mine,” by the magnificent Ross Martin MD and his wife Kym, multi-cancer patient whose care has been affected by lack of access to her health data. “DaM” is Data About Me, Kym’s more-polite version of my cussing. Read on for why this is newly urgent.

END_OF_DOCUMENT_TOKEN_TO_BE_REPLACED 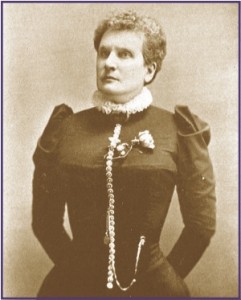 I’m making a career out of changing the culture of healthcare and I want your help on another cause: honoring a pioneer of women’s rights in my state, New Hampshire.

A couple of weeks ago on New Hampshire Public Radio I heard this segment (text and five minute audio), about Marilla Ricker, who said this – in 1910:

“I’m running for Governor in order to get people in the habit of thinking of women as Governors…
People have to think about a thing for several centuries before they can get acclimated to the idea. I want to start the ball a’rolling.”

Not unlike our efforts to have healthcare think of patients as valid contributors in participatory medicine, right? It seems to take forever! But Ricker couldn’t be governor; heck, she couldn’t even vote.

My state’s League of Women Voters and Women’s Bar Association have legislative approval to have a portrait of Ricker painted and hung in the State House – but New Hampshire being New Hampshire, permission is just permission, and they have to raise the $10,000 themselves. They’re more than halfway there – less than $5,000 to go.

HEY GUYS: Why is it that only two women’s groups are honoring this pioneer of fixing a massive cultural mistake??

Here’s what I want you to do. (“You” = any gender.)
END_OF_DOCUMENT_TOKEN_TO_BE_REPLACED

“Feminism is the radical notion that women are people.” – Marie Shear, 1986. See other feminism quotes on the Wikiquotes page.

Recent speaking clients know that I often note the parallels between the patient movement and other cultural revolutions – the women’s movements, civil rights, gay rights, disability rights. (I mention disability issues less often, but it was disability advocate Ed Roberts who said in the 1990s, after years of struggle: “When someone else speaks for you, you lose.”)

As anyone who’s heard me speak knows, I don’t get overtly “radically” about it. But I’ve been at this long enough now that I do see patterns. And the patterns teach me that the way people see things now may not be how we’ll see them in the future … and it’s up to us all to speak the truth as we see it.

So when I returned from the week’s travels, my eye was caught today by Wednesday’s “This Day in History” in the Boston Globe:

In 1873, suffragist Susan B. Anthony was found guilty by a judge in Canandaigua, N.Y., of breaking the law by casting a vote in the 1872 presidential election.

The Feminist.org blog has a great post about it – here’s how they say they would have covered it, if they’d been around back then: END_OF_DOCUMENT_TOKEN_TO_BE_REPLACED