Summary: This post contains advice from the CDC (Centers for Disease Control & Prevention), the most credible source I know, for people who can’t yet get the care we’d normally get from our healthcare system. Most predictions say there will be a lot of us in that situation soon if the system gets overwhelmed, and it’s always best to become informed before a crisis hits and you’re stressed.

A friend in the industry wrote this morning:

“I just talked to my daughter and she has fever and coughing and is very weak and nauseated and she can’t find anybody to test her. The labs said she has to have an order first. Her boyfriend works at [a chain store] and they had him working until recently. He came down with the symptoms first.  I told her to call around to doctors until she can find one that’ll write an order for her.”

END_OF_DOCUMENT_TOKEN_TO_BE_REPLACED

I’m taking the extraordinary step of rerunning, verbatim, an entire post from the e-patient blog in 2014 about this important development. Why? Because tomorrow an update is coming, and to fully appreciate the news, you need the background.

Looking back on this, I see it sums up tons of different issues that have turned out to be important to a key question about how best to do healthcare: how do we know which information is reliable, and how can we improve how we get there?  The answer is clearly not to only listen to the medical literature, which, it turns out, has important delays and quality problems. To understand that radical statement, read the links in this long post.

Peter Frishauf, member of the editorial board of our journal, has brought what is to me the most exciting news for participatory medicine since the OpenNotes project. Importantly, this news may have broader implications – because it addresses one of the core challenges of patient engagement: the quality and freshness of medical articles.

Last fall [2013], UCSF School of Medicine professor Amin Azzam started a course for fourth year medical students to become Wikipedia editors and apply their skills to Wikipedia articles that were important to them and were poor quality. It got big-name media attention (NY Times, The Atlantic), and it should – because as we’ve often written, one of the core challenges e-patients face (and doctors face!) is finding up to date, reliable information.

This is not a trivial question – you can’t just rely on the peer review process, because it too has flaws, and good luck ever getting mistakes fixed. The biggest example is the ongoing vaccine controversy caused by a massive failure of peer review in the top-tier journal Lancet, but there are many others. Another shortfall is what our movement’s founder “Doc Tom” Ferguson called “the lethal lag time” – the years of delay between a result being discovered and the time it reaches doctors.

END_OF_DOCUMENT_TOKEN_TO_BE_REPLACED 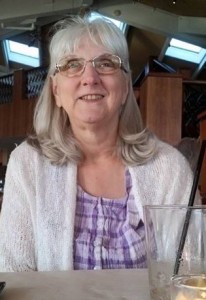 This is a verbatim copy of an extraordinary blog post last year, which I updated several times.

It was a year ago today that orthopedist Howard Luks @HJLuks replaced both my wife Ginny’s knees in one day, and as you’ll read, his method is so incredible that not only did she get no transfusions, her bandage didn’t even need to be changed until the follow-up visit weeks later. And as you’ll see, the progress of her recovery was extraordinary.

Want new knees? Read how Howard does it. Know anyone who’s considering new knees? Share this with them, please! I even gave it a memorable URL: bit.ly/ginnyknee

On Facebook Friday I posted this picture of my wife Ginny, saying “There is an astounding story behind this photo. Details Monday.” Well, it’s Monday.

As you read this, bear in mind, your mileage may vary – everyone’s different, this wouldn’t be appropriate for everyone, and Ginny herself played a big part in it.

In this photo we were out to dinner, nine days after Ginny had both knees replaced. She walked into the restaurant using only canes – no walker, no wheelchair. The surgeon is Howard Luks, the social media orthopedist (@HJLuks), whom I met on Twitter in 2009, and the surgical approach he used is called muscle-sparing (or “quad-sparing”) minimally invasive surgery, part of a larger package of methods he uses, described below. Bottom line:

Of course she’s still on pain meds, tapering down, and her endurance is of course limited. But she is basically functional and able to live on her own if she needed to, or rehab wouldn’t have discharged her.

Here’s a video of her walking around the hospital floor – 500’ – with a walker for balance (not leaning on it), less than 48 hours after leaving the O.R., and on the right, at rehab, walking with just canes, a week after the surgery:

She was discharged from rehab after demonstrating (among other things) that she can safely walk up and down a full flight of stairs … six days after the surgery. She can get herself into and out of bed, into and out of our Prius, etc. She’s not speedy at any of it but she’s functioning reliably.

(Of course I have Ginny’s permission to talk about all this. Also, I’m an e-tool geek and she’s not, so I’m the one using the tools discussed here.)

Again, everyone, please read this: your mileage may vary – everyone’s different, this wouldn’t be appropriate for everyone, and Ginny herself played a big part in it.

The part Ginny played, as an activated, engaged patient

END_OF_DOCUMENT_TOKEN_TO_BE_REPLACED

If you can’t see the video above, click to watch it on Vimeo.

One of my favorite sayings about digital health is “When assets digitize, things change fast.” The point is that once information (or anything else, even fonts) goes digital it can suddenly be hundreds of times faster to develop new things. In health and care, a special kind of liberation becomes possible: if the person who has the problem can suddenly invent things, what becomes possible?

I’m at my first-ever diabetes convention, the American Diabetes Association’s 76th annual Scientific Sessions. I’ve written before about @DanaMLewis and husband @ScottLeibrand of OpenAPS.org, the open-source Open Artificial Pancreas System project. (Most recent was this on this site “When assets digitize, things change fast”: the #OpenAPS do-it-yourself pancreas and this amazing speech last month on e-patients.net.)

Did you know it’s not unusual for a basically health person with diabetes to die in their sleep? I never heard that until I got to know people in the DOC (diabetes online community). (Amazing what happens when you talk to the person who has the problem, eh?) That’s why I want awareness of what diabetes is, and awareness of this amazing project, to spread way beyond the usual diabetes community.

So early in this interview I ask Dana to briefly explain what the pancreas does, why it does it, and what goes wrong if it doesn’t work, which (I assure you) will lead you to understand why people with this disease might say “WeAreNotWaiting.” (If you don’t know that phrase, google it.)

END_OF_DOCUMENT_TOKEN_TO_BE_REPLACED

For some reason I’ve spoken about this a lot in speeches for more than a year but I haven’t blogged about it. The time has come.

One of my sayings in Let Patients Help is a lesson we learned in graphic arts, and the music industry learned too: “When assets digitize, things change fast.” This is, truly, an extraordinary example.

Some people with diabetes pretty much do as their doctors tell them and the industry tells them – they wait and hope that things will get better. That’s fine with me – I never say that people should be more like me. But when someone wants to take a more active role, I believe society (including medicine) should not stand in the way: let patients help improve healthcare.